A member of the family that includes the mints (Mentha spp.), wood betony is native to Europe and naturalized in many parts of the world. This soft-textured plant bears stiff, slightly hairy pointed leaves and lavender-pink flowers arranged in whorls on top of the spikes. Its genus name, Stachys, is Greek for “spike.” Once known as woundwort, betony was traditionally applied to stop the bleeding of wounds, draw out splinters, and drain boils.

The herb’s healing powers were esteemed by the ancient Greeks, Romans, and Anglo-Saxons. Antonius Musa, the physician to the Roman emperor Augustus (ca. 63 BCE–14 CE), listed 47 diseases treatable with wood betony. The common name “betony” is said to derive from the ancient Celtic words for “good head,” a reference to the herb’s early use as a treatment for headaches. 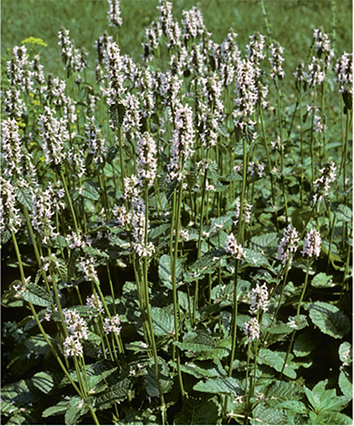 Wood betony has a refreshing, astringent flavor. Although it is not usually used in cooking, the leaves can be a pleasant-tasting substitute for black tea (Camellia sinensis).

Wood betony leaves contain the alkaloid betonicine, which has the ability to reduce inflammation and is used to strengthen the nervous system and treat nerve pain. Wood betony also has sedative properties and has long been used to treat headaches, particularly those due to tension and anxiety. The herb’s astringent and antiseptic tannins account for its early use to staunch wounds and for digestive conditions. Once considered a cure-all, wood betony is not widely used for healing today.

Caution: Do not use wood betony if you are pregnant.

The lavender bloom spikes of wood betony are attractive in mixed flower borders, cottage gardens, and woodland plantings, as well as in cut flower arrangements. Shorter varieties are also suited to rock gardens. The plants are drought tolerant and deer resistant.

Found in meadows and open woodlands, wood betony prefers a well-drained, dry, neutral to acidic soil in full sun or partial shade. Plant seeds in spring or fall; root divisions can be planted when the herb is dormant. Harvest the flowering plants in summer. 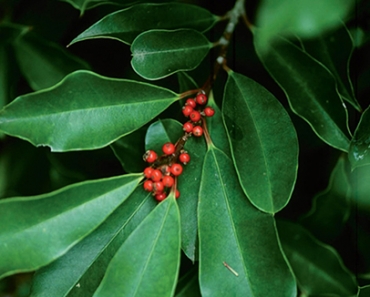