Named in honor of the 16th-century German physician and explorer Leonhard Rauwolf, the genus Rauvolfia includes more than 100 species native to the moist tropical forests of the Pacific region, South America, Asia, and Africa. Serpentwood, Rauvolfia serpentina, is a small deciduous shrub that grows as an understory plant in India, Indonesia, Burma, Thailand, and Ceylon.

According to legend, holy men in India, including Mahatma Gandhi, chewed the root of serpentwood to help achieve a state of philosophic detachment while meditating. The herb was first mentioned in the ancient Indian medical text Charaka Samhita (ca. 600 BCE) as useful for the treatment of mental illness. It also has a long history of use in India as a treatment for snake and insect bites, diarrhea, fever, and worms. 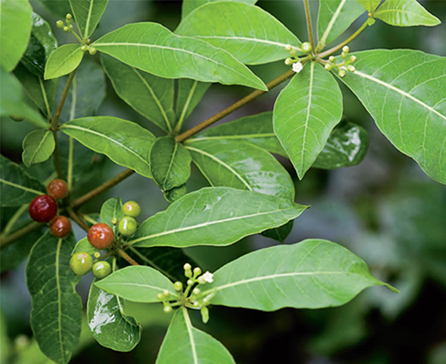 In traditional Indian medicine, this plant was valued as a sedative and tranquilizer. In 1952, serpent-wood was found to contain an alkaloid called reserpine, which has powerful depressant and sedative properties. Reserpine — isolated from the dried, thick, snakelike roots of Rauvolvia that gave the plant its common name — was found to be useful as an antipsychotic and antihypertensive drug.

At one time, reserpine was the only drug available to calm patients with serious psychological illnesses. Other tranquilizers have replaced reserpine in mental health therapy, but it is still used in some parts of the world, often in combination with other therapies, for the treatment of hypertension. Because of its numerous side effects and interactions with other medications, reserpine has been replaced in Western medicine by other antihypertensive drugs.

Caution: This plant should be administered only under the supervision of a health-care professional.

Serpentwood thrives in tropical climates, where temperatures do not drop below 50° to 55°F. To grow serpentwood in a greenhouse, provide rich, acidic soil; high humidity; and full sun to partial shade. In winter, reduce watering. Propagate by taking stem cuttings in spring or summer, or take root cuttings in winter. For commercial preparations, roots of mature plants are harvested (leaving the taproot intact) in winter. 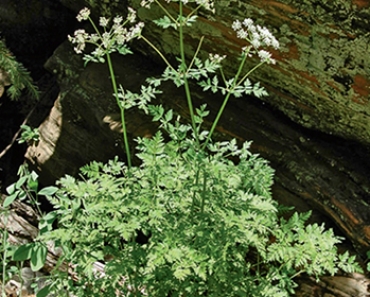