This evergreen palm is the only species in its genus; its natural habitat includes pinelands, coastal dunes, and sand hills. Saw palmetto was named in honor of Sereno Watson (1826–1892), the American botanist who undertook many collection expeditions while a curator of the herbarium at Harvard University.

Native Americans ate saw palmetto seeds as one of their staple foods and used the leaves for making medicine baskets. This species was first commercialized as a therapeutic medicine by Eli Lilly and Company in the early 1900s. 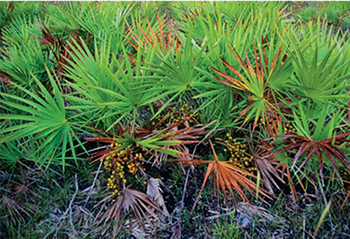 Once called “the old man’s friend,” saw palmetto has long been recommended as a treatment for enlarged prostate, and preparations of this fruit are now widely prescribed by health-care practitioners for the treatment of prostate conditions. Saw palmetto berries contain fatty acids and steroids, which help strengthen the male reproductive system, supporting healthy prostate and urinary function.

The herb appears to inhibit the production of dihydrotestosterone (DHT), the compound that causes the multiplication of prostate cells, resulting in prostate enlargement. It also may relieve symptoms related to enlarged prostate, including trouble with urination. In addition, saw palmetto has been used as a sleep aid and a treatment for cystitis, chronic bronchial coughs, and laryngitis.

Saw palmetto thrives in well-drained, moist soil in full sun or light shade. It does best with a minimum temperature of 50° to 55°F, but it can survive temperatures as low as 0°F. If given adequate light, saw palmetto can be grown as a houseplant. 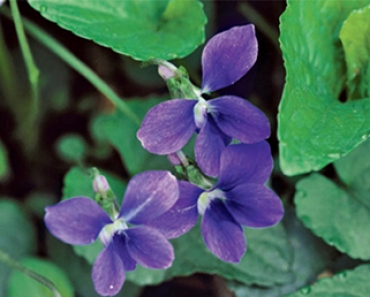