The namesake of the rue family and kin to citrus, rue is native to southeastern Europe and is cultivated worldwide. This evergreen shrub bears grayish blue, spade-shaped leaves and bright yellow flowers. It has a repellent odor. Its genus name, Ruta, is thought to come from the Greek word reuo, meaning “to set free,” referring to the plant’s reputed ability to free people from disease.

The herb once was used as an antidote to poisons and as a protection against witches and the bubonic plague. In ancient Rome, artists ate rue to preserve their eyesight. The common name herb-of-grace comes from the Catholic tradition of using a rue brush to sprinkle holy water during mass. 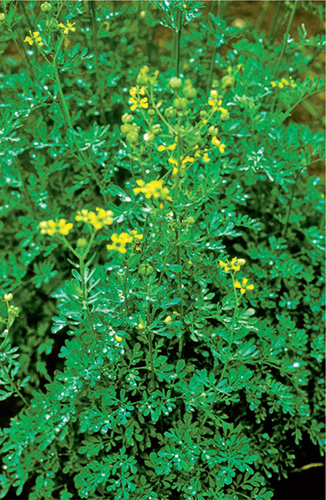 Range/Habitat: Native to southeastern Europe and northern Africa; locally naturalized in old fields, and waste areas and along roadsides

Add rue leaves to cream cheese, salads, and egg dishes; use the herb sparingly, however — it has an acrid flavor. Rue is very popular in Ethiopia, where the fresh leaves are used as a flavoring for coffee. It is also an essential ingredient in the Ethiopian spice mix berbere. Rue leaves are used to flavor some varieties of the Italian grape liqueur grappa, as well.

Once considered an important herb for treating hypertension, diabetes, and allergic reactions, rue is no longer widely used in medicine. Rue leaves contain volatile oil, bitters, astringent and antiseptic tannins, and the flavonoid rutin, which helps strengthen capillaries (explaining the herb’s traditional use as a treatment for failing eyesight). Today, rue is primarily used to regulate the menstrual cycle. It contains alkaloids that have antispasmodic effects, making it useful not only for treating menstrual cramps, but also digestive upset, bowel tension, and spasmodic cough.

Caution: Do not use rue if you are pregnant or breastfeeding. It is a very powerful plant that contains toxic compounds. Exposure to sun following contact with this plant, such as handling it in your garden, can cause severe photodermatitis.

With its mounded form, beautiful yellow blooms, and finely textured leaves, rue makes an attractive garden plant. Butterflies love it, while dogs and cats seem to avoid it. Rue’s blue-green leaves are a nice foil for roses in informal beds and borders. Tolerant of hot, dry conditions, rue also shines in rock gardens. Or grow the plants to form a low hedge or edging, such as for a knot garden. The flowers are good for cutting and drying, too.

Rue may have antibacterial and antifungal properties. The essential oil, extracted from a steam distillation of the fresh flowering plant, is sometimes used in soaps, detergents, creams, and lotions. But because it is an oral toxin and skin irritant, the oil must be used at extremely low concentrations. 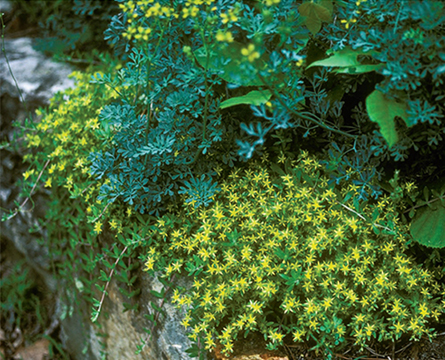 Rue thrives in well-drained, neutral to alkaline soil in full sun. Start seeds indoors under lights in late February, and transplant seedlings to your garden in spring, when the soil and air have warmed. To propagate, take semiripe cuttings in summer, root them in the shade, and plant them in a sunny location. Rue can also be grown in a pot on a sunny windowsill.

Harvest rue leaves before flowers form. Dry them in the shade, then store them in an airtight container.

Rue is an extremely important plant in the traditional medical systems of Belize.

In Belize, rue is used internally for certain conditions, but only under the watchful eye of an experienced healer. A few drops of juice are carefully squeezed out of nine small branchlets and into a glass of water; this is strained and consumed twice daily for stomach cramps or to rid the body of intestinal worms, reduce nausea, and calm a nervous person. More commonly, the leaves are soaked in alcohol and used externally as a liniment for sore muscles, backache, and muscle spasms.

The most common use of rue in Belize is as a charm that protects a person from evil and from the envy of others who wish to do them harm. People carry a few sprigs of leaves with them for this purpose, or they form the sprigs into the shape of a cross and place it over the entrance of their home, thus cleansing anyone who may enter with harmful intentions. Does it work? Local people swear by its protective powers, and it has been a prominent protective amulet for centuries in the area. 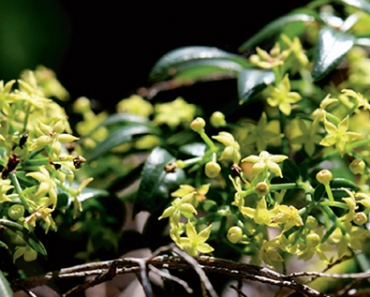