A member of the rose family (which also includes apple, strawberry, peach, and hawthorn), this familiar perennial is known by its fragrant flowers, serrated leaves, and thorny stems. The showy blooms — which range in color from pink and red to lavender, yellow, and white — give way to scarlet berries called rose hips. The genus Rosa includes more than 100 species, distributed throughout temperate regions in both hemispheres.

Roses were probably cultivated first in Iran, at least 3,000 years ago; from there, garden roses were introduced to ancient Greece and, later, Rome. Sappho, a 6th-century BCE Greek poet, called the rose “queen of flowers.” Ancient Romans (not known for their restraint) also were enamored with the crimson blooms of Rosa gallica. They wore rose garlands and crowns, and they lavishly scattered the petals across banquet tables and floors and in the paths of victors. 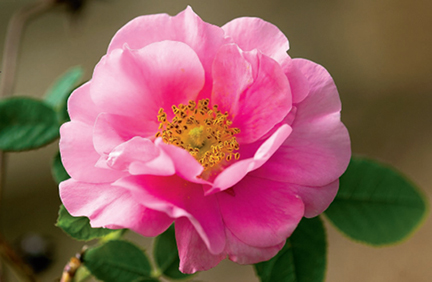 Flowering: May to frost

Range/Habitat: Native to temperate regions in both hemispheres

Rose hips and petals can be made into teas, fruit drinks, jellies, jams, candies (such as Turkish delight), and syrups. Also, try substituting the tart-flavored hips for cranberries in sauces, relishes, and muffins. Add rose petals to fruit or vegetable salads. Fill dessert crepes with rose jelly and garnish them with candied rose petals. Rosewater, a distillation of rose petals in water, is a popular flavoring in Indian and Middle Eastern cuisines. Lassi, an Indian yogurt drink, is traditionally flavored with a few drops of rosewater.

The rose isn’t used much in modern herbal medicine. Pure rose essential oil, known as rose attar or attar of rose, is used in aromatherapy and in perfumes. Rose oil has mild sedative, antidepressant, and anti-inflammatory effects. Rose hips, which usually come from Rosa canina (dog rose), are a good source of vitamin C. Studies using rose hip powder derived from a specific cultivar of Rosa canina grown in Denmark have shown promise for treating the symptoms of osteoarthritis.

The rose is beloved as a garden plant, and thousands of varieties have been developed. Many are disease resistant and bloom virtually nonstop from late spring through frost. Versatile roses can be used in mixed borders, formal garden settings, and informal cottage gardens; as hedges and groundcovers; and as flowering covers for fences, pergolas, and trellises.

The rose is a favorite source of fragrance for perfumes, bath oils, soaps, ointments, creams, and more. Varieties of Rosa × damascena, R. gallica, and R.× centifolia are the most fragrant. To obtain 1 ounce of essential oil of rose, 60,000 roses are needed, but you can make a less-potent rose oil at home simply by soaking rose petals in a light oil, such as grapeseed oil.

Rosewater is sometimes used as a mild astringent in skin-care products. To make rosewater, place 6 cups of fresh rose petals in a medium-size saucepan; add 1 quart of water. Heat the mixture gently and then simmer for 15 minutes. Remove the pan from the heat, and steep for several hours. Strain out the petals. Store the rosewater in an airtight container in the refrigerator for up to 1 month. Rose petals also add fragrance and beauty to potpourris and sachets. 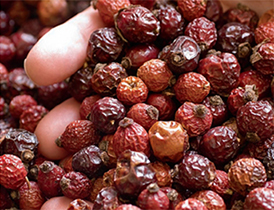 Roses thrive in well-drained, moist, fertile, neutral to slightly acidic soil in full sun. Space the plants at least 30 inches apart to provide good air circulation. Prune them in late winter or early spring to remove old or dead canes, and thin them lightly to increase bloom size. In spring, top-dress beds with compost, then feed plants weekly with compost or manure tea through midsummer. Keep roses well watered and mulched during dry weather; remove all mulch in spring, when temperatures have warmed. To propagate roses, take hardwood cuttings in fall.

Harvest rose petals before the blossom opens completely. Pluck the petals from the bloom’s center, and dry them in the sun until crisp. Harvest rose hips when they are fully mature, after the weather turns cold.

Known botanically as Rosa gallica var. officinalis, the common name for this rose denotes its early use in medicine, as well as the fact that it was commonly grown outside of apothecary shops — a living sign that the establishment prepared and dispensed healing herbs. Its flowers have been used for herbal therapies since ancient times, when the Romans steeped the petals in wine to treat hangovers.

Today this species is prized as a garden plant; its fragrant petals can be used for potpourri, and the essential oil, produced by steam distillation, is used in cosmetics. You can mix a few drops of the essential oil with several tablespoons of a carrier oil to make a rose-scented massage oil. During the War of the Roses in England (a civil war fought between 1455 and 1487), this red rose was the House of Lancaster’s insignia. 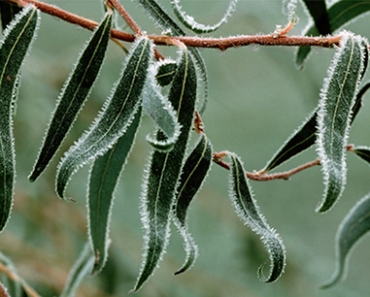