Ginseng, one of the most important and widely used herbal remedies of our time, has a long history of use for healing. The genus name, Panax, comes from the Greek word for panacea, or cure-all. Six species are used in traditional medicine around the world. The best known are Panax quinquefolius (American ginseng) and P. ginseng (Asian ginseng). (Eleuthero, Eleutherococcus senticosus, the so-called Siberian ginseng, is not a true ginseng.) A perennial, ginseng bears single stems with three to six leaves and a flowering stalk that produces bright red berries. The fleshy root is the part most often used medicinally. 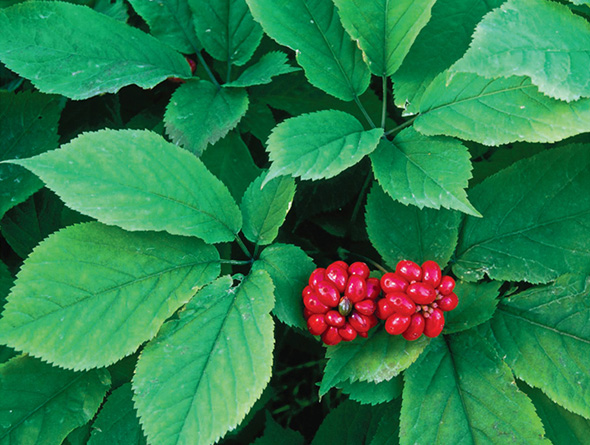 Flowering: June to August, depending on location

Asian ginseng is native to northern China and South Korea but is nearly extinct in the wild. The herb is widely cultivated in China, Korea, Russia, and Japan, and it is considered very important in traditional Chinese medicine (TCM). If you go into an Asian herb shop or grocery, you might see ginseng roots on display in bottles — their thick, gnarled shapes sometimes have an uncanny resemblance to the human form.

Ginseng root has a sweet, slightly bitter flavor. It is used in teas and soups, as well as in some commercial soft drinks and chewing gums.

Ginseng has an impressive history of medicinal use dating back 2,000 years. Herbalists use the herb to relieve and prevent mental and physical fatigue, and studies have shown that it can also reduce the frequency and severity of colds. The root contains stimulating compounds known as ginsenosides, which might gradually improve your body’s response to stress, minimize the effects of depressants such as alcohol and barbiturates, and lower blood sugar levels.

In TCM, Asian ginseng is considered a warming herb, which means that it benefits the blood and circulatory system. Practitioners use it to treat exhaustion, impotence, lack of appetite, and diseases that sap strength, such as cancer.

American ginseng, which is considered less potent than Asian ginseng, is considered a cooling herb that benefits the respiratory and digestive systems. Healers use it to treat nervous indigestion, weak stomach, loss of appetite, and mental exhaustion. Some herbalists believe American ginseng to be especially beneficial for people who are overstressed and overworked.

To make ginseng tea, simmer 1 teaspoon of the dried and sliced or powdered root in 1 cup of water for 10 minutes. Strain. Drink 1 or 2 cups per day.

Ginseng prefers cool and shady hardwood forests. The plant flourishes in areas with ample moisture in summer and freezing temperatures in winter. Because it is susceptible to fungal diseases and rodent predation, it can be difficult to grow, and the seed is not readily available. If you are able to obtain seeds, plant them in fall. When the plants are 5 to 6 years old, you can begin harvesting the roots, although ginseng plants are not considered fully grown until they are about 20-years old.

The Roots of Vitality

The two types of ginseng, American and Asian, have very useful properties that are similar in some ways. American ginseng reduces postprandial glycemia in people with type 2 diabetes, as well as in nondiabetics. It also benefits mental performance and enhances cardio-respiratory endurance, boosting athletic performance.

Asian ginseng is an excellent general tonic, known in herbal medicine as an adaptogen. It is used to improve the body’s response to stress, anxiety, and fatigue. Human studies involving athletic performance have not always supported this benefit for this species, however. One clinical trial suggested that Asian ginseng helped ease menopausal symptoms. Herbalists also recommend ginseng as an aphrodisiac, to treat erectile dysfunction. 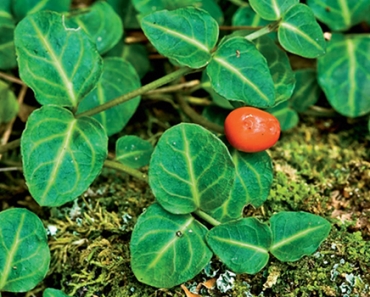