Found throughout most of Europe, Asia, and North America, this shrubby perennial was once believed to offer protection from evil spirits, wild animals, sunstroke, and fatigue. Ancient Roman soldiers put the dark green leaves of this herb in their sandals to avoid fatigue. (Perhaps the soldiers absorbed mugwort’s bioactive compound, thujone, through their feet.) 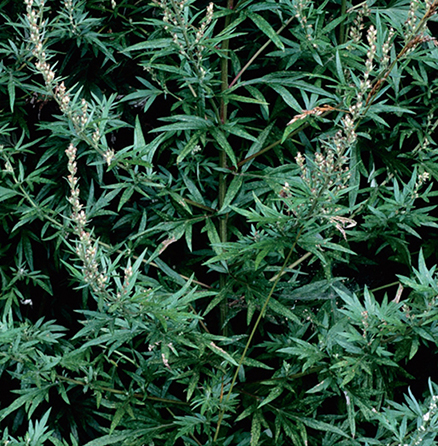 Mugwort was also planted in gardens to repel insects and was used to protect clothing from moths. The origin of its name is unclear, but some think it derives from mugwort’s use as a flavoring for drinks, including beer, since ancient times.

Mugwort is a familiar culinary herb in Europe and Asia, where the young leaves and buds are used in soups, poultry dressings, salads, and stir-fries. In Korea, the herb is used in rice cakes, teas, soups, and pancakes. Use the herb sparingly, as it is strong flavored and bitter.

Milder in action than other Artemisia species, mugwort has been used to treat indigestion, intestinal worms, and anxiety. It is a very important herb in the traditional Chinese medicine practice of moxibustion, during which heat from the burning dried leaves is applied to acupuncture points on the body. Ayurvedic practitioners use mugwort to treat heart problems and general malaise.

Caution: Avoid this plant during pregnancy and while breastfeeding.

Mugwort is often mixed with other herbs to create dream pillows. The diluted tea can be used as a garden insecticide; be sure to test it on a small area before spraying the entire plant.

Mugwort, sometimes considered a weed, is very easy to grow. Plant it in average to poor well-drained soil in full sun. The plant can grow very large (to 6 feet), so a site that provides support, such as near a wall or fence, is best. Harvest leaves and buds before the flowers open in midsummer to late summer. Propagate by division in early spring or fall. 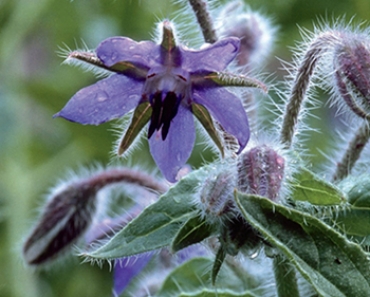 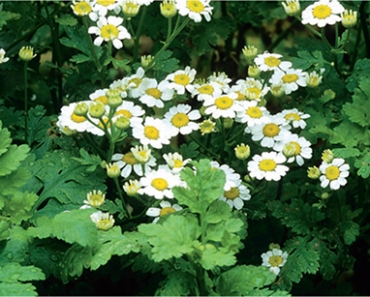