Native to the moist woodland areas of eastern North America, the mayapple bears large, umbrella-like leaves that form a lush groundcover during spring. Its scientific name derives from the Greek words podos and phyllon, meaning “foot-shaped leaves,” and peltatum, which means “shieldlike.” After the leaves develop, a single, white, strong-smelling flower forms, followed by a fleshy yellow fruit known as the mayapple. 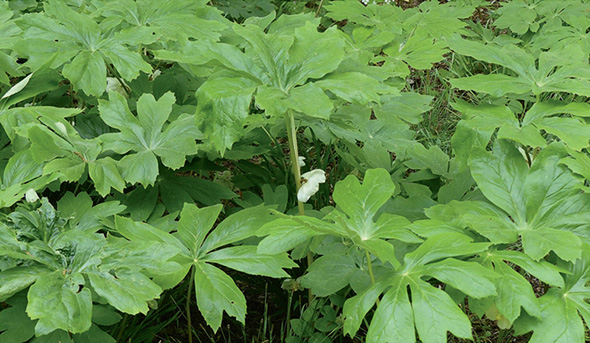 Flowering: April and May

In some folk traditions, the ripe fruit is used to make jam. If you wish to try making mayapple jam, harvest only fully ripe fruit (the green, unripe fruit is poisonous). Ripe mayapples are soft, lemon yellow in color, and fragrant. Use only the pulp — not the rind or seeds — for jam. To do this, cook the fruit, mash it, and then squeeze the puree through a sieve to separate the pulp. Process the pulp the same way you would for other jams.

Native Americans used mayapple roots or rhizomes as a laxative and purgative, as well as a treatment for joint pain, cancers, and many other conditions. Several tribes employed the fruit to remove skin warts. By the late 18th century, American settlers were also using the resin from the roots of mayapple as a laxative and treatment for cholera, dysentery, genital warts, hepatitis, tumors, and other conditions and diseases. An antitumor agent identified in the plant’s roots is the basis for modern drugs used against certain cancers. An extract is also used topically to treat genital herpes.

Caution: Other than its ripe fruit, which can be eaten in small quantities, mayapple is extremely poisonous and should not be taken internally. 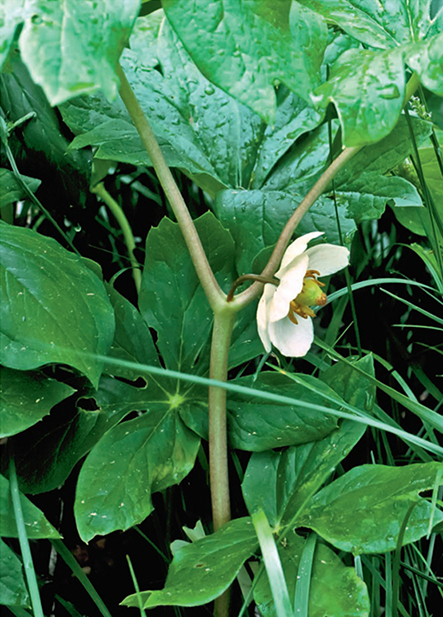 Mayapple can form a handsome groundcover in woodland areas. If you wish to grow it as an ornamental, provide rich, moist, humusy soil and partial shade. Sow the seeds in spring, or divide the plant in early spring or fall and plant the root divisions immediately. The plants colonize by underground rhizomes and can take 5 years or more to become established. Harvest ripe yellow fruits when they are soft and fragrant, in late summer to fall.

Throughout northeastern forests of the United States, it is easy to find large colonies of mayapples, which spread by their underground rhizomes. Native Americans, such as the Penobscot of Maine, used these rhizomes to treat warts and certain cancers. A century and a half ago, American medical practitioners also began using mayapple widely against various tumors, polyps, and other skin granulations.

In the late 19th century, a resin derived from the root (which contains a compound known as podophyllin) was used to treat genital warts. Two modern derivatives of this compound, etoposide and teniposide, are now used as anticancer therapies for conditions including testicular cancer, small-cell lung cancer, Kaposi’s sarcoma, and lymphomas. These drugs block the replication of rapidly dividing tumor cell DNA, leading to cell death.

The mayapple is just one example of the plant kingdom’s potential. While many plants already have provided important pharmaceuticals used in modern medicine, only a very small percentage of the several hundred thousand plants known to exist on earth have been exhaustively studied for their chemical composition and healing potential. So much remains untapped. 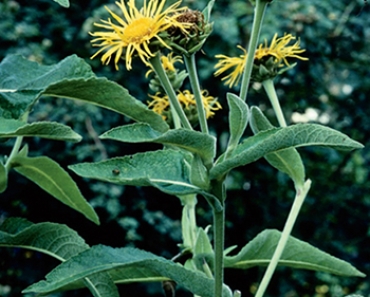 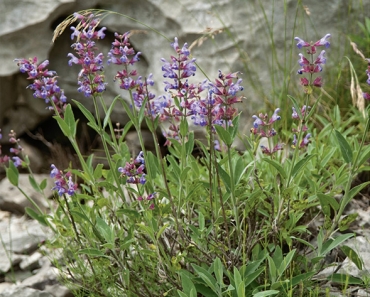