The bounty of herbs native to India gave rise to a system of medicinal and spiritual healing known as Ayurveda, meaning “science of life.” According to folklore, Ayurvedic herbal remedies were given to the people of India by the gods as early as 10,000 BCE. They were then incorporated into texts called Vedas, upon which the Hindu religion is based. The Rig Veda, dating to ca. 2000 BCE, lists more than 1,000 medicinal herbs and tells tales of gifted sages who unlocked the secrets of plants. These trained healers were said to be advanced in their methods: They performed surgery with instruments, cauterized wounds, constructed artificial limbs, and possibly pioneered the use of an anesthetic made from mushrooms. 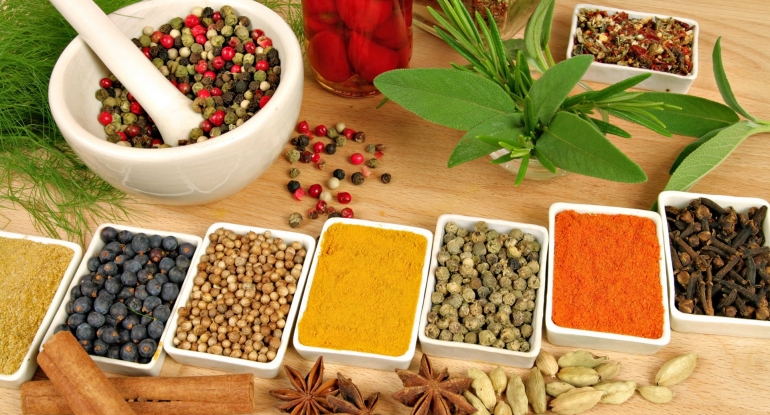 Between the 4th and 2nd centuries BCE, the Charaka Samhita was written. One of the fundamental books on Ayurvedic medicine, the text lists 500 herb- and vegetable-based drugs classified into 50 groups based on their actions on the body. One important drug came from gotu kola (Centella asiatica), a key ingredient in a “miracle elixir” purported to extend life and cure leprosy.

Throughout India’s history, the influence of Ayurvedic medicine continued to spread, from the expansion of the Roman Empire into the region, to the Islamic invasions of the 16th century, to the period of British control in the 19th century. The Greek physician and botanist Dioscorides (40–90 CE) made many references to Indian herbalism in his De Materia Medica (The Materials of Medicine). The Book of Simple Drugs, by 12th-century Arabic pharmacologist Al-Ghafiqi, codified Ayurvedic healing prescriptions for the Islamic world. Today, Ayurvedic medicine is practiced worldwide, using herbal remedies that are much as they were centuries ago.

Other Uses of Herbs in India

India has a long history of vegetarianism, driven mainly by the Buddhist and Hindu religions, which hold many animals as sacred. Evidence suggests that Indian people were eating less meat and more cultivated vegetables, fruits, and cereals as early as 800 BCE. The Muslim invasions of India in the 16th century brought new herbal influences to India’s cuisine. The result: an Arabic-influenced Indian cuisine called Mughlai, known for its heavy use of Indian cream, butter, and rice, as well as spices such as cumin, cardamom, coriander, and turmeric. Meat dishes came back into vogue, garnished with pistachios, raisins, almonds, and cashews. Muslims also introduced the idea of ending a meal with dessert, usually a rice cake or wheat bread flavored with sugar, coconut, or rose water.

The cosmetic use of herbs in India coincides with the rise of the Buddhist and Hindu religions. Paintings found in caves in Ajanta (dating from the 2nd century BCE) and Ellora (dating to the 5th to 7th centuries CE) depict Buddhist men and women applying makeup and perfumes during religious ceremonies. Texts from the period suggest that these cosmetics were made from herbs such as turmeric, saffron, indigo, and nettles. Henna (Lawsonia inermis) was widely used as a reddish hair dye and conditioner. Early Hindus used herbal cosmetics as symbols of social class and religious adherence. Applied to the forehead as a sign of auspiciousness, the tilak is a dot of red turmeric powder or sandalwood paste. Perfumes made from agarwood (Aquilaria malaccensis) were worn to honor the gods, and incense from the tree was burned in Hindu ceremonies.

Although no archeological evidence remains of the earliest Indian gardens, 3,000-year-old Vedas give accounts of palaces surrounded by gardens of fruit trees and town houses with enclosed outdoor gardens. These cultivated areas were venerated by early Hindus, who saw the trees within gardens as the embodiment of the god Brahma, his roots firmly connected to the primal being of earth. 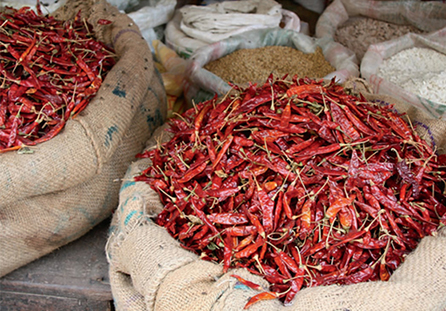 India is the largest consumer, producer, and exporter of chile peppers in the world today. The potency of the peppers is traditionally believed to have supernatural origins. 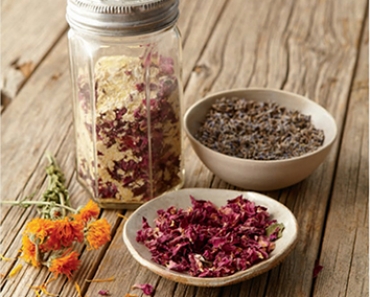