The medicinal practice of homeopathy is very different from herbal medicine. It is often included in discussions of herbs, however, because many homeopathic remedies contain tiny dilutions of plant substances.

Homeopathic remedies are preparations of highly diluted plants, or other natural substances, administered to stimulate your body’s own healing responses. In contrast, herbal medicine uses relatively larger doses of plants to achieve therapeutic effects. The homeopathic system was developed in the early 19th century by the German physician and chemist Samuel Hahnemann (1755–1843). Discouraged by the practice of conventional medicine — which at the time relied in large part on the prescription of highly toxic drugs, purging, and bloodletting — Hahnemann embarked on a series of experiments with plant medicines that led to the development of the first homeopathic remedies. 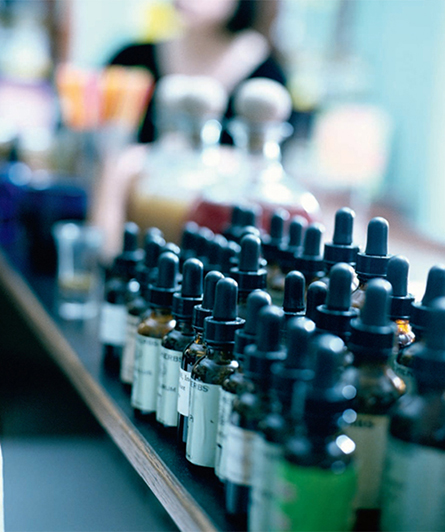 Medical providers are learning to incorporate herbal treatments, including homeopathic remedies, into their practices. Many are advising the use of herbal extracts that have been clinically proven to be safe, such as saw palmetto.

In the first of these experiments, which came to be known as “provings,” Hahnemann dosed himself with cinchona bark, a plant medicine used to treat malaria. Hahnemann was surprised to find that after taking cinchona bark, he developed symptoms similar to those of malaria. He eventually developed the Law of Similars, a guiding principle of homeopathy (see below). In his lifetime, Hahnemann proved the effectiveness of about 100 remedies; currently, more than 3,000 remedies are available.

Homeopathy is most widely practiced in Europe and North America, with approximately 5 million people in the United States reporting having used a homeopathic product in 2006. In Europe, the practice is supported by legislation passed in 1997 by the European parliament. Both conventional physicians and professional homeopaths (those trained primarily in homeopathy) are legally permitted to practice in most European countries. In the United States, homeopathy is often practiced along with a licensed medical discipline, such as conventional medicine, naturopathy, chiropractic, or veterinary medicine. Homeopathy is a regular part of training for naturopathic doctors; other health practitioners receive training through diploma and certificate programs. Since 1938, homeopathic remedies have been regulated as over-the-counter (nonprescription) drugs in the United States, unlike herbs, which are currently regulated as dietary supplements.

Numerous modern studies have investigated the clinical use of homeopathy, and positive results have been demonstrated in some studies on influenza, allergies, allergic asthma, acute childhood diarrhea, vertigo, and osteoarthritis pain. However, many clinical studies have had conflicting or negative results, and some research on homeopathy has been criticized as not being sufficiently rigorous. Although many theories have been proposed, researchers have not yet been able to find any conclusive scientific explanation for how homeopathic remedies work. This is a subject of ongoing controversy and debate in the scientific community. Skeptics claim the benefits of homeopathy can be attributed to the placebo effect — an improvement due only to the expectations of the patient. At a minimum, this shows the importance of the mind-body connection.

Other researchers believe homeopathy’s effects can be explained by quantum physics, an area of science that is still evolving. Whatever might be the most accurate explanation, millions of people around the world rely on homeopathy to treat a variety of conditions.

Flower remedies are a type of homeopathic remedy intended to work not on physical problems, but rather on psychological and emotional disturbances. (Flower remedies are called flower essences in the United States to comply with regulatory requirements.)

The Bach Flower Remedies constitute the original flower remedy system, introduced in the early 20th century by the English physician, pathologist, and immunologist Edward Bach (1886–1936). Bach’s system of 38 flower remedies is still widely used. Practitioners of the Bach system can be found all over the world, especially in the United Kingdom, Germany, and the United States. Numerous other flower remedy systems have been developed in more recent years, using flowers that are indigenous to different regions of the world.

To make a flower remedy, an “essence” of a plant is first prepared, either by floating blossoms in pure water in a clear glass bowl set in the sun for several hours or by boiling the plant material. The essence is then preserved in brandy to create a stock from which individual medicines are made. An individual medicine consists of 2 drops of the stock medicine mixed with 1 ounce (30 ml) of pure water in a dropper bottle. According to Dr. Bach, a patient should take 4 drops of a remedy four times a day.

Homeopaths believe that every person has a “vital force” or self-healing ability that can be called upon to treat or prevent disease. Homeopathic medicine aims to stimulate your body’s own self-healing response through the use of carefully chosen homeopathic remedies.

Homeopaths base diagnosis and treatment upon an in-depth case history that provides a complete picture of an individual’s current and past physical symptoms, as well as many other factors, including outlook on life, emotional temperament, food preferences, and reactions to stress. Treatment is based upon the Law of Similars, or “like cures like.” (The word homeopathy comes from the Greek words homeo, meaning “similar,” and pathos, which means “disease” or “suffering.”)

A simple explanation of this principle is that a substance that causes a certain symptom when given in a large dose can be used in minute amounts to treat that same symptom. For example, the pungent compounds in onions cause watery eyes and nose, throat irritation, coughing, and sneezing. Therefore, in homeopathy, a diluted preparation of onion is used to treat colds or allergies that cause similar symptoms.

Practitioners of homeopathy believe that self-treatment with homeopathic remedies is appropriate for minor acute problems and injuries, but that a qualified homeopath should be consulted for more serious problems.

A homeopathic remedy is created through a multistep process. First, the plant, mineral, or animal material being used to make the remedy is extracted in alcohol to create what is called a “mother tincture.” Next, 1 drop of this mother tincture is added to 99 drops of an alcohol-water solution and then “succussed” (shaken vigorously). This process of dilution and succussion is repeated until the desired dilution has been attained.

Homeopathic remedies are sold in liquid, tablet, pellet, powder, and ointment forms. The strength of the remedy, known in homeopathy as potency, is indicated on the label on a scale from highest potency (3c or 3x) to lowest potency (30c or 30x). The higher the number, the lower the potency. Potency is usually determined by the amount of times the solution is shaken and diluted during preparation. The lower the potency (in other words, the more dilute the remedy), the more effective the remedy is believed to be. 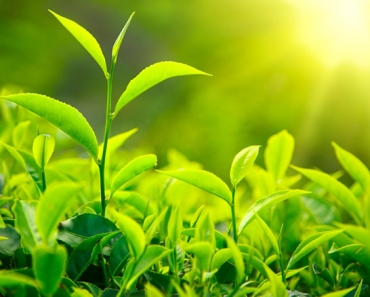 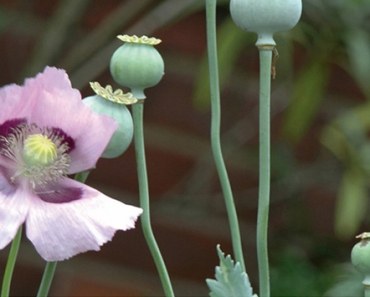