The thick, pungent rhizomes of this tropical plant have been a favorite of cooks and healers for millennia. Greek bakers reportedly imported ginger from the Orient more than 4,000 years ago, and the plant has been used medicinally in Asia for at least 5,000 years. A relative of cardamom and turmeric, ginger bears long, pointed, lanceolate leaves and yellowish green flowers with deep purple lips.

Botanists believe that the species is native to India. In the 1500s, the Spanish introduced ginger to the Caribbean and Central America, where it was developed as an export crop for Europe. Today, China and India are the leading commercial producers of ginger. 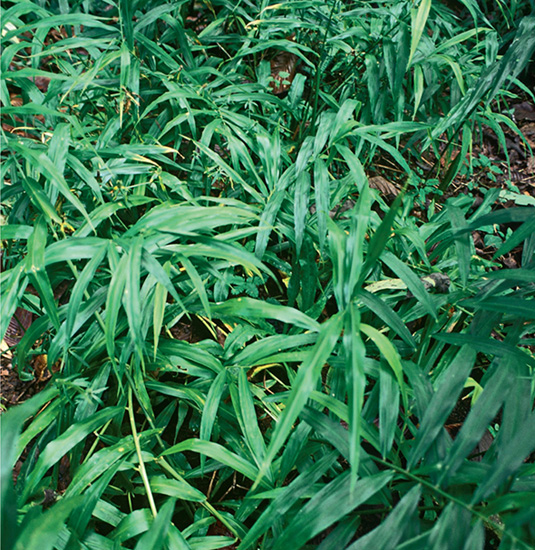 Range/Habitat: Believed native to India; cultivated throughout the tropics and subtropics

Ginger is essential to Asian cuisine. Fresh or dried, it flavors curries, chutneys, pickles, meat and fish dishes, soups, and marinades. The people of India and China also combine ginger root with cinnamon to make a warming tea.

Powdered dry ginger is a popular ingredient in pies, cakes, cookies, and muffins. The grated root can be added to salads, dressings, and smoothies, as well as to cooked carrots, squash, and tomatoes. It adds a warm, spicy flavor to custard and ice cream when the milk is infused with sliced fresh ginger root. Ginger leaves impart a similar but more subtle flavor. Use them to stuff chicken, or wrap fish with them before poaching in water. Remove the fibrous leaves before eating.

Ginger’s thick rhizomes, which contain anti-inflammatory and antiseptic compounds, can be added to soups or used to make a tea for relieving cold and flu symptoms, joint pain, and poor circulation. To make ginger tea, simmer 1 teaspoon of the chopped fresh root in 1 cup of water for 10 minutes, then strain. Or, pour 1 cup of boiling water over ½ teaspoon of powdered ginger, and steep for 10 minutes. Pour off the liquid and discard the powder. Drink 1 or 2 cups of the tea per day, or use it as a gargle to ease a sore throat.

Caution: Although safe when used as a spice, ginger should not be taken medicinally during pregnancy or by those who have gallstones.

Ginger oil is used as an antiseptic and fragrance in soaps, body creams, and perfumes. 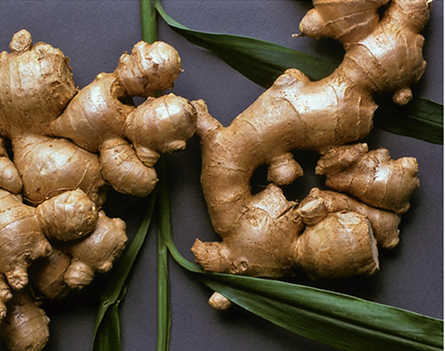 Ginger thrives in well-drained, humus-rich soil in sun or partial shade. It will not tolerate freezing temperatures, but it is easy to grow indoors. Plant the rhizome in a container filled with equal parts loam, sand, and compost. Keep the pot in a warm, humid location and provide even moisture. When the weather is warm, move the potted plant outdoors to a semi-shaded location. To harvest the rhizome, remove the plant from its pot 8 to 12 months after planting. Cut off the leaves and remove the fibrous roots. Save a piece of the rhizome for replanting. 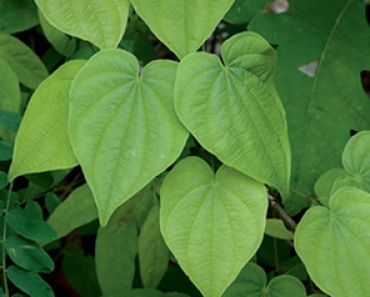 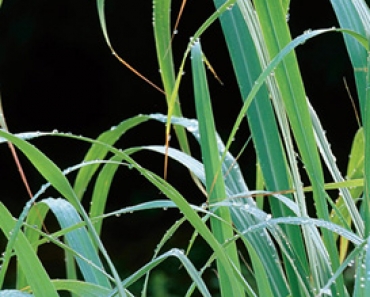 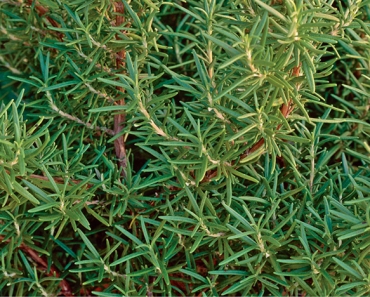