Ephedra is native to central Asia and is found throughout western China. The low-growing shrub has greenish stems and tiny, scalelike leaves. Ephedra — Greek for “climbing” — refers to the plant’s tendency to climb across dry, rocky soil. Traces of the herb were found in a Middle Eastern grave dating back 60,000 years, suggesting that ephedra could have been used as a medicine as early as the Stone Age. 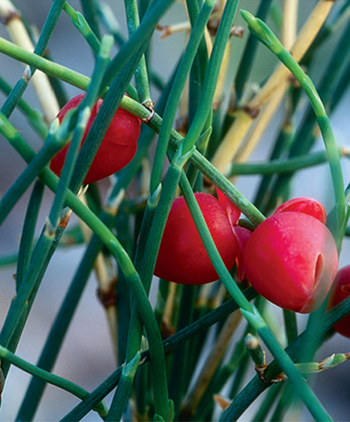 Ephedra was mentioned in the classic Chinese herbal Shen Nong Ben Cao Jing, written between 300 BCE and 200 AD. It is one of the first Chinese herbs to be widely used in Western medicine. Ephedra derivatives are the main ingredients in many over-the-counter decongestant pharmaceuticals. The herb had been an ingredient in preparations sold to stimulate weight loss and to boost energy and athletic performance, but after serious adverse effects in association with these products were reported, the FDA banned the use of ephedra in botanical supplements in 2004.

Ephedra contains ephedrine and pseudo-ephedrine, alkaloids that stimulate the central nervous system, elevate blood pressure, dilate the bronchi, decrease intestinal tone and motility, and cause cardiac stimulation and tachycardia. Ephedra is an effective nasal decongestant used to treat the common cold, sinusitis, and hay fever and to relieve the congestion of bronchial asthma and the symptoms of allergies. Side effects, including insomnia and high blood pressure, can occur when the recommended dosage of over-the-counter ephedra products is exceeded.

Caution: Ephedra and its chemical components may cause hypertension, insomnia, and, in large doses, even death. It should not be used by pregnant or nursing women or by people who suffer from anorexia, bulimia, or glaucoma. Ephedra acts as a thyroid stimulant and may increase the effects of pharmaceutical MAO inhibitors.

Ephedra thrives in full sun and dry, sandy soil. If you wish to grow ephedra as a specimen or ornamental, plant it in well-drained gravelly soil in spring. Divide the roots in either spring or fall. 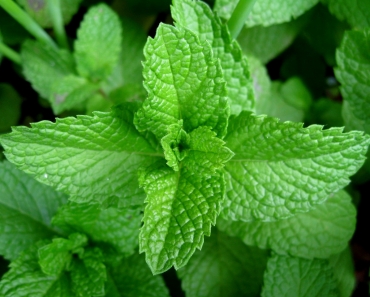 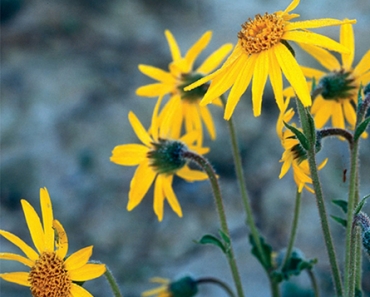