The species name of this sunflower look-alike is said to reflect its association with Helen of Troy: Elecampane either sprang from her tears, or she was holding a branch of it when Paris stole her away. Two of the plant’s common names come from its early use by veterinarians to treat pulmonary disorders in horses and skin diseases in sheep. The ancient Romans used elecampane’s roots to relieve the symptoms of post-banquet indigestion. “Let no day pass without eating some of the roots of elecampane . . . to help digestion, to expel melancholy, and to cause mirth,” wrote the Roman scholar Pliny (23–79 CE) many centuries ago. 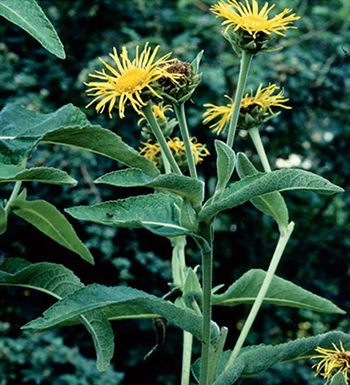 Description: Perennial, 4 to 6 feet tall, with a stout, woolly stem; flowers 3 to 4 inches across have a center disk surrounded by yellow rays; toothed leaves up to 2 feet long

Range/Habitat: Native to central and northern Europe and northwest Asia; naturalized in parts of North America along roadsides and woodland edges

Elecampane roots can be candied or used to flavor desserts. To make an aperitif, infuse the roots in wine, along with other herbs or fruit.

Herbalists throughout the world have used elecampane’s thick, fleshy root to treat diseases of the chest. Rarely used alone, the dried, crushed root is said to be an effective ingredient in many compound medicines. Native American herbalists used elecampane root in combination with spikenard and comfrey roots to treat bronchial and other lung ailments. In China, where the native species of the plant is known as hsuanfuhua, elecampane syrup, lozenges, and candy are used to treat bronchitis and asthma.

Besides relieving lung problems, elecampane is also thought to relieve stomach cramps and other digestive ailments. Taking a mixture of the powdered root with sugar or steeped in tea is believed to help regulate menstrual cycles. The root also works as a diuretic; at one time, it was used as a treatment for water retention due to congestive heart failure, then known as dropsy.

Elecampane root tea is still sometimes used as a remedy for coughs and other minor respiratory ailments.

Caution: Avoid using this herb if you are pregnant or nursing or are allergic to ragweed.

Grow elecampane in moist but well-drained clay loam and partial shade. Harvest the roots in fall during the plant’s second or third growing year, after a hard frost or two. (The roots of older plants are too woody for use.) To propagate the plant, take offshoots or 2-inch root cuttings from a mature plant during fall. Cover the cuttings with moist, sandy soil, and keep them at 50° to 60°F until growth occurs, which should happen by early spring. 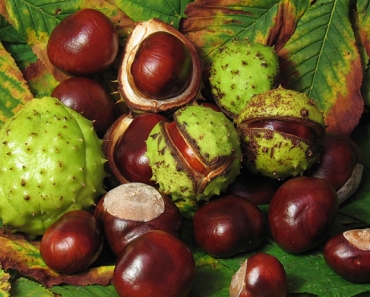 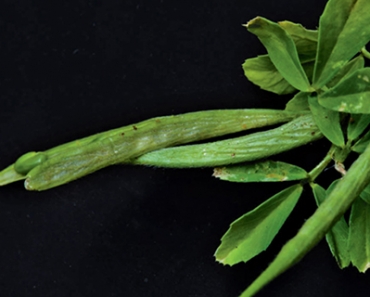