A perennial member of the parsley family, dong quai is best known as a treatment for gynecological conditions. The herb grows at high altitudes in China, Korea, and Japan. Like other angelicas, the plant has lacy flower umbels, hollow stems, and large, lobed leaves. The flowers have a honeylike aroma. 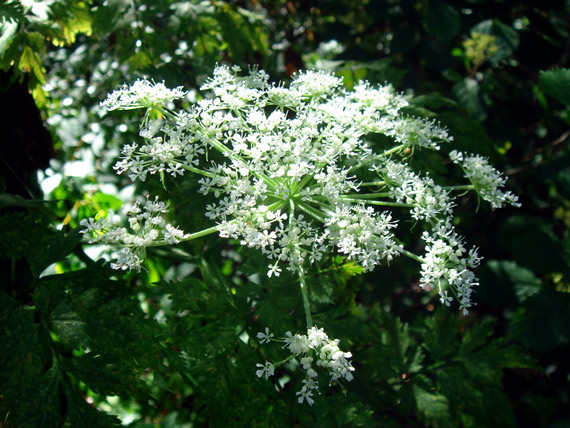 The name dong quai means “must return.” According to a legend, a young husband had to leave his bride to go up into the mountains. He told her that if he did not return after 3 years, she should assume he had not survived and should remarry. After 3 years, the husband did not return, and the wife reluctantly remarried. Eventually the man did return, however, causing the woman to fall into a deep despair. He gave her a medicine made from the roots of a plant (dong quai) that he had found in the mountains; when she took it, she was restored to health.

Range/Habitat: Native to China, Korea, and Japan; found along stream banks and in ravines

In China, people add the chopped dried roots to soups. You can also add the fresh roots to salads or cook them as a vegetable.

Traditional Chinese medicine practitioners use the herb to treat menstrual problems, menopausal symptoms, and a variety of gynecological conditions. The root contains coumarin, which dilates blood vessels, stimulating the central nervous system and increasing blood flow throughout your body. It has been used to treat high blood pressure, poor circulation, and anemia. Researchers have found that dong quai stimulates the production of red blood cells, which carry oxygen throughout the body, thereby increasing energy and combating fatigue. It’s commonly referred to as female ginseng.

Caution: Dong quai should not be used during pregnancy. Some people could experience a skin rash when exposed to the sun after ingesting the herb. There have been reports of herb–drug interactions when dong quai is used with warfarin.

Dong quai thrives in fertile, moist soil in sun or partial shade. Plant the seeds outdoors in fall, or start them in a cold frame or unheated greenhouse during winter, then transplant the seedlings to the garden in spring. After about 3 years, you can dig up the rhizomes, slice or chop them, and then use them fresh or dried. To propagate, collect seed heads after they have dried on the plant. The seed doesn’t keep well, so plant it as soon as possible.