This seemingly ubiquitous perennial, with its characteristic thick taproot, is both a stubbornly pervasive weed and a useful medicinal and culinary plant. Dandelion bears toothed leaves, a single bright yellow flower that opens with the morning sun and closes in the evening, and ribbed fruits with fine white hairs.

The name “dandelion” comes from the Latin dens leonis, which means “lion’s teeth,” in reference to the plant’s toothed leaves. The French name pissenlit (“wet the bed”) refers to the plant’s potent diuretic effects. Its medicinal use was recorded in the 10th-century medical journals of Arabian physicians.

By the 16th century, British apothecaries considered dandelion a valuable drug and referred to it as Herba Taraxacon or Herba Urinaria, for its diuretic effect. By the 19th century, dandelion had become a valuable potherb in Europe and America. Native to Europe and Asia, dandelion is grown commercially in North America and Europe, especially in France. 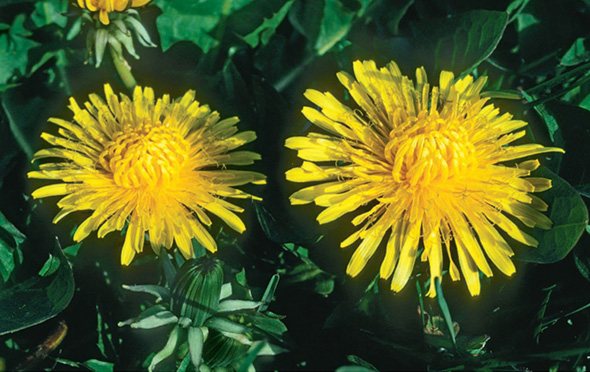 Range/Habitat: Native to Europe and Asia, naturalized throughout temperate regions of the world; lawns, fields, and roadsides

Young dandelion leaves are a tasty green vegetable, rich in antioxidant carotenoids, potassium, and vitamins A, B, C, and D. The slightly bitter-tasting leaves can be added to salads or cooked like spinach. Dandelion flowers can be minced and added to butters or herbal vinegars for color, or they can be used to make wine. The roots of the plant can be roasted, ground, and used as a coffee substitute.

Dandelion has powerful diuretic effects. Unlike conventional diuretics, which deplete the body of potassium, this herb is a good source of potassium, leaving the body with a net gain of the mineral after the herb is taken. As a result, there is less chance of a problem from electrolyte imbalance, compared to pharmaceutical diuretics. Dandelion root is believed to increase the body’s flow of bile, which helps digest fats and may help prevent gallstones.

The herb has been used to detoxify the liver, gallbladder, and kidneys, and it is often taken to treat skin conditions such as acne, eczema, and psoriasis. Dandelion root has mild laxative effects and moderate anti-inflammatory properties. It has traditionally been used to treat joint pain and stiffness.

Caution: Dandelion should not be taken by people who have gallstones or bile duct obstruction.

Dandelion is reported to be a tonic herb externally, as well as internally. Use the leaves in herbal baths and facial steams. Dandelion flowers can be used to make yellow dyes for wool; using the whole plant produces a magenta dye.

Dandelion, a very easy-to-grow plant, prefers moist to dry, neutral to alkaline soil in full sun. For cooking and healing, you can dig up “weedy” dandelions from your lawn or another location that hasn’t been treated with herbicides. Or you can plant a dandelion variety specifically developed for the garden. Horticultural strains are available with longer leaves and a milder flavor. Plant the seeds in spring, summer, or fall, and thin seedlings to 6 inches apart. Deadhead the plants to prevent excessive spreading. For culinary use, harvest very young leaves. 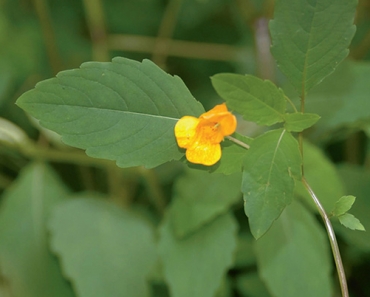 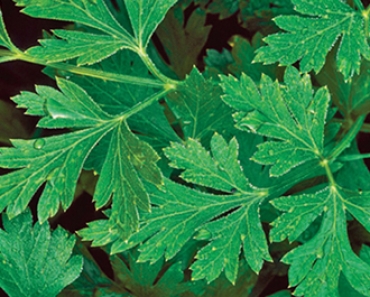