The genus Tanacetum is named for the Greek athanasia, meaning “immortality” — a reference to the plants’ long-lasting flowers. Costmary, a 3-foot-tall perennial, bears clusters of yellow, daisylike blooms in late summer. It was once known as Bible-leaf because early American settlers used its long, balsam-scented leaves as bookmarks. Legend has it that this bookmark served double duty on Sunday mornings. If a person had difficulty staying awake during a sermon, they simply had to scratch the dried leaf or chew a bit of it and the invigorating scent revived them — at least temporarily!

A native of Europe and Asia, costmary was introduced to England in the 16th century, and it quickly became a widely cultivated and popular garden plant. Today, it’s rarely seen in herb gardens; you’re more likely to find it in an old family Bible, marking a page for later reference. 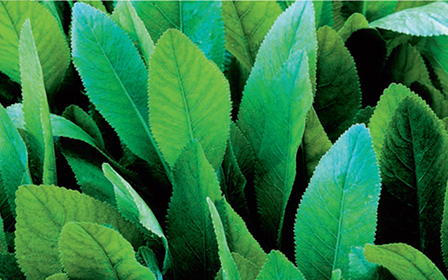 Range/Habitat: Native to Europe and Asia, naturalized throughout much of North America

In 17th- and 18th-century Europe, costmary was widely used as a diuretic, gentle laxative, and remedy for acute fever. Today, the leaves are used externally to treat wounds, burns, and bee stings. Its properties are thought to be similar to those of its botanical relative, tansy (Tanacetum vulgare).

Costmary’s appealing yellow blooms attract butterflies. Plant groups of three or five plants at the back of a perennial border or in a cottage garden.

The herb’s astringent and antiseptic qualities are soothing to the skin. Use an infusion of the leaves as a facial toner, or add it to bathwater. The balsam-like fragrance of the leaves is pleasant in potpourris and sachets, too.

Costmary grows best in a site with well-drained loam and full sun. Plant it in spring, spacing the plants about 2 feet apart. Costmary spreads easily and requires division every few years. Harvest a few leaves at a time throughout the growing season; most of this herb’s leaves grow from the base of the plant. To preserve the leaves, dry them at a temperature of about 100°F, then store them in an airtight container in a cool, dark location. 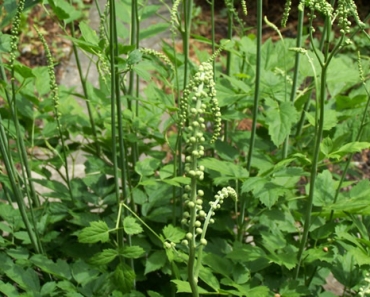