The source of one of the world’s most widely consumed beverages, coffea arabica is native to northeastern Africa and cultivated in tropical areas around the world. The genus contains about 90 species of small trees and evergreen shrubs, and while C. arabica is the most widely grown, the species C. liberica and C. canephora also are used commercially to produce coffee.

Coffee’s red fruits each contain two seeds, known as beans, which are used to make the popular drink. Initially, people made a type of wine from the fermented juice of the plant’s ripe berries. The hot beverage we now know as coffee is thought to have been made first by Arabian people, around 1000 CE.

Until late in the 17th century, Arabia supplied almost all of the world’s coffee beans. As the popularity of the beverage grew, the beans were introduced to other favorable climates—the West Indies, Java, India, and Brazil. Today, Brazil and Colombia are leading exporters. Coffee farming and trade support the economies of many developing countries. In the United States alone, more than 100 million people drink coffee daily. 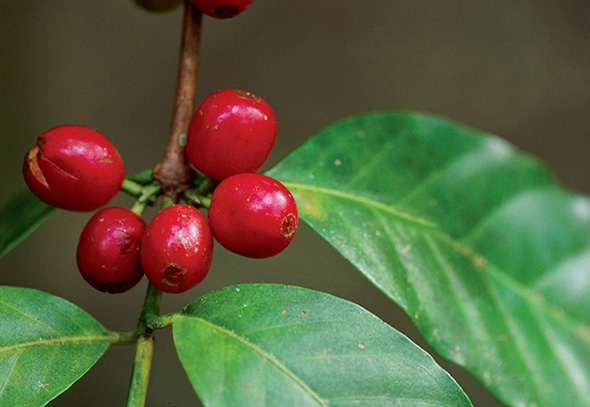 Flowering: In the tropics, flower buds form during the dry season and open after the first heavy rains

Range/Habitat: Native to northeastern Africa; cultivated in tropical areas around the world

Besides being the essential wake-up beverage for millions, coffee is also used to flavor liqueurs and desserts, such as Italy’s classic espresso-soaked tira-misu. Espresso is a highly concentrated form of coffee made by forcing water under pressure through finely ground coffee beans. Variations include lattes (served with steamed milk), cappuccinos (with milk and steamed foam), and mochas (with chocolate). The drink can be enjoyed hot or iced.

Coffea arabica contains the bioactive compound caffeine, as well as an abundance of healthful antioxidants. Caffeine acts as a stimulant, a laxative, a diuretic, and an appetite suppressant. Besides keeping you awake and alert, coffee can lift your mood, sharpen your cognition, alleviate asthma, and possibly protect you from Alzheimer’s disease and other dementias, various kinds of cancer, type 2 diabetes, and kidney stones.

Recent research has shown that coffee berries—the fruit enclosing the “bean”—are also rich sources of antioxidants. Compounds in the berries are thought to benefit your skin by reducing inflammation, wrinkles, and sun damage. You can buy coffee berry extract as a dietary supplement at health food stores. Many skin-care products include it, too.

Caution: Coffee can cause insomnia, jitteriness, and irritability. Coffee is not advised for people with high blood pressure, gastric ulcers, glaucoma, or heart disease. It should be avoided during pregnancy and when trying to conceive.

Coffea arabica grows in well-drained, moist soil in full sun or partial shade. Although coffee thrives in warm, humid climates with a minimum temperature of 50°F, the shrub can be grown elsewhere in a large container kept indoors during cold seasons. Plant the seeds in rich loam amended with compost. Water regularly and feed with a diluted liquid fertilizer. In a dry environment, such as a heated home, mist often to increase humidity. As a houseplant, coffee will yield few, if any, berries. In tropical climates, the berries are harvested when they turn bright red, signaling that they are ripe. The green seeds (or beans) are then removed and roasted for use. Coffee is easily propagated from seed.

Ethiopia is the center of origin of coffee, and a local legend explains its accidental discovery: A goat herder named Kaldi lived in this region 1,000 years ago. One day, the noise and activities of his goats startled him awake from his nap. Normally peaceful, they were jumping on their hind legs. After observing them eating from a low-growing tree with bright red berries, Kaldi chewed a few himself. Soon he felt wide-awake, and the nearby fields suddenly looked much brighter. He no longer wanted to nap. He took the beans to a local holy man and explained what had happened. The priest became angry and threw the beans into the fire, saying they “are the work of the devil.” The wonderful aroma that came from the fire drew the attention of everyone in the monastery, who came running to see what was happening.

The chief priest ordered the fire extinguished and the berries to be added to hot water so that their aroma would infuse the liquid. After drinking it, the priest declared that this would become a daily beverage, “keeping us awake during our evening prayers—truly a gift from heaven!” 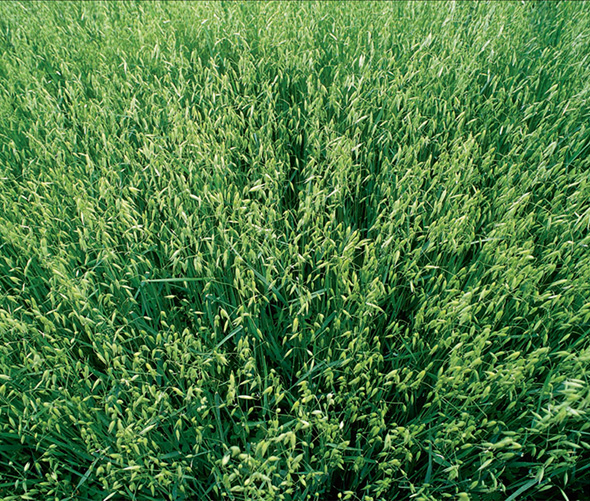 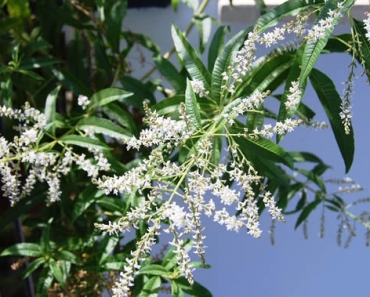