A member of the nightshade family, the chile pepper is a tender, short-lived perennial shrub native to South America and cultivated in warm regions throughout the world. The species, which has been cultivated for thousands of years, includes not only types that bear pungent fruits (like the cayenne, pimento, and jalapeño), but also sweet peppers.

The distinction is important because while sweet peppers—particularly ripe red ones—are rich in vitamins and nutrients, they lack the beneficial chemical capsaicin associated with hot peppers. 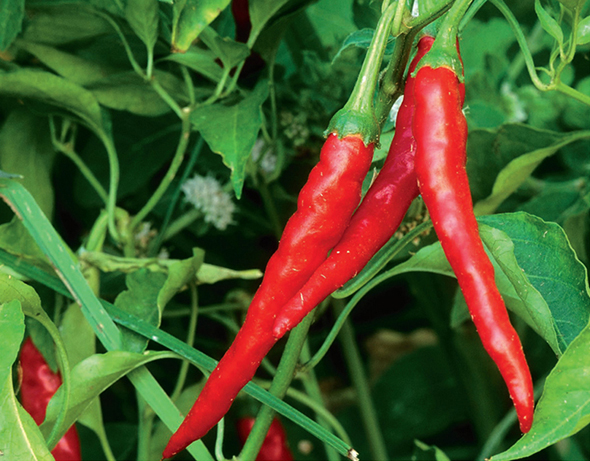 Chile peppers bear white, bell-shaped flowers that are followed by fruits that turn red, orange, yellow, or other colors as they ripen. The genus name, Capsicum, is thought to refer to these hollow fruits; the Latin capsameans “box.” Used by ancient Maya Indians to treat mouth sores, the chile pepper and its benefits were described in 1493 by a physician traveling with the explorer Christopher Columbus.

Before then, the chile pepper was not known beyond the Western Hemisphere. Explorers, in their quest for a western route to the spice lands of the East Indies, called the new plant “pepper” because its fruits were pungent, like those of Indian black pepper (Piper nigrum).

Range/Habitat: Native to South America; cultivated widely throughout the world

Chile pepper is among the world’s most popular foods and many varieties are available, ranging in flavor from sweet and mild to extraordinarily sharp and burning. (A pepper’s heat, determined by its capsaicin level, is commonly measured in Scoville heat units.) The zesty fruits can be eaten fresh or dried, alone or mixed with other foods. They are especially popular in the dishes of tropical and subtropical countries, including Mexico, Spain, and India, where they are included in curries, chutneys, and bean, egg, and cheese dishes. The plant’s leaves are cooked as greens or used in soups in Filipino, Japanese, and Korean cuisines.

Peppers can be preserved by drying, pickling, or freezing. To dry peppers, simply hang them on a string in a warm, well-ventilated location. When they’re completely dry, the peppers can be finely ground in a food processor. Store the chile powder in a cool, dry place.

The fruits of the chile pepper contain antioxidant carotenoids and are rich in vitamin C. Pungent varieties also contain the well-known and -studied constituent capsaicin. In products for external use, such as ointments and creams available over the counter and by prescription, minute amounts of capsaicin irritate body tissues, which increases blood supply to painful areas and blocks the transmission of pain impulses throughout the body. Capsaicin is used in this manner to treat conditions such as arthritis, minor sprains, shingles, and carpal tunnel syndrome. Commercially available capsaicin creams—not homemade pepper preparations—should be used for these purposes.

The chile pepper also has antiseptic properties and has been proven to inhibit the growth of Helicobacter pylori, the bacteria shown to cause ulcers. It is believed to help warm the body and has been used to treat fevers and to stimulate the digestive and circulatory systems.

Caution: Chile peppers should not be eaten by those who have peptic ulcers or acid indigestion, nor should they be taken in medicinal doses by pregnant or nursing women. The herb is very irritating to the eyes and mucous membranes. It should not be applied to wounds or broken skin. When cutting these hot peppers, wear rubber gloves and do not touch your eyes.

Chile peppers grow in rich, well-drained soil in full sun. In temperate climates, grow this tender perennial as an annual. Plant seeds in containers indoors about 6 weeks before the last spring frost date. After all danger of frost has passed and the soil has warmed, transplant the peppers to your garden, spacing them about 18 inches apart. Black plastic mulch can help warm the soil in northern areas. Harvest unripe green peppers at any time; harvest ripe peppers when they have attained their full color.

Peppers can also be grown in pots and moved indoors for winter. Ornamental varieties—suitable for containers and even landscape use—are available, as well.

The active compound in chile peppers, capsaicin, is used to produce “pepper spray” for police use and for self-defense against animals or people. In India, a “chile grenade” for police and military use was developed from one of the world’s hottest chile peppers, Bhut jolokia. This chile, which is eaten in India and used in traditional medicine, is produced by a closely related species identified as Capsicum chinense and contains genes from another species, Capsicum frutescens. Plant breeders continue to use this species to develop even hotter chile varieties. 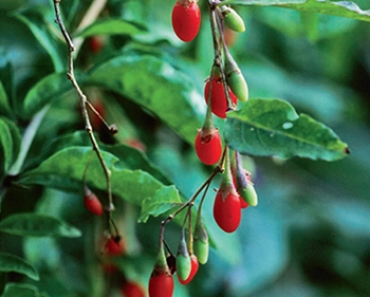