The warm, tropical climate of vast areas of Central America and the Caribbean, along with its great diversity of plant and animal life, promoted human settlement beginning at least 15,000 years ago, and perhaps even earlier in some areas. In the millennia that followed, a number of major civilizations arose, each developing a multitude of uses for the herbs that grew around them or were obtained through travel and trade. 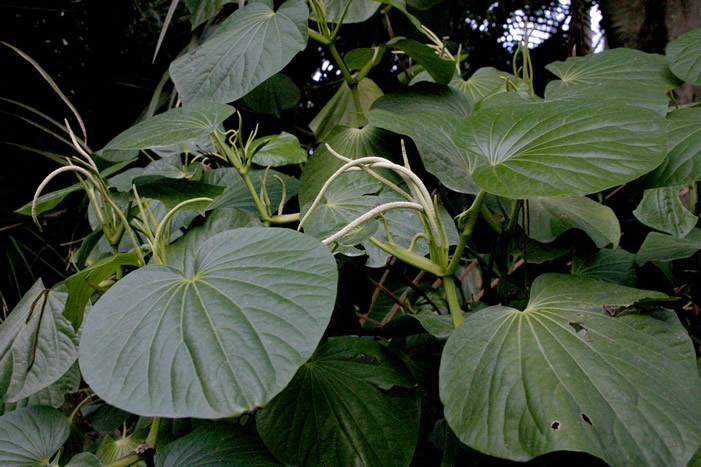 The first of Central America’s ancient civilizations was the Olmecs who, from 1500 BCE, grew to prominence in present-day Veracruz. Little is known of how they used the richness of the Mexican rainforest in their daily lives, but it is clear that cacao, or chocolate (Theobroma cacao), was valued as a food, flavoring, and diuretic, as well as for use as a skin balm.

By the 3rd century CE, the Maya people had established a civilization that spanned most of Central America. They built underground reservoirs to store rainwater for irrigation and cleared large sections of rainforest to grow corn, manioc, sunflowers, cacao, chile peppers, and squash, sometimes in raised gardens or on terraced mountainsides. They also gathered wild avocado, coconut, mamey (Pouteria sapota), and breadnut (Brosimum alicastrum). Their spiritual healers, both men and women, were highly trained, and some of their remedies were innovative, such as the practice of blistering the leaves of hierba santa (Piper umbellatum) over an open flame before wrapping them around a wrist or ankle to reduce inflammation.

Yucca was given to patients who suffered from joint pain. The boiled stems of cliffrose (Purshia mexicana) were used to cleanse wounds and suppress coughs. The Mayas also developed a variety of aromatic facial astringents and antibacterial topical tonics that incorporated local herbs such as creosote bush (Larrea tridentata) and cat-claw acacia (Acacia greggii).

By the 12th and 13th centuries, the Aztec civilization had become established in the area now known as the Valley of Mexico. The Aztecs instituted a remarkable system of landfilling the swampy area. They covered floating rectangular log rafts with mud and planted certain trees at the corners to help secure the rafts and create root systems and soil. Before long, a network of artificial islands, or chinampas, had been formed. On top ofthese they cultivated food crops: beans, squash, cacao, chiles, vanilla, a wide variety of corn (maize), amaranth (for its protein-rich seeds), and maguey, or century plant. They developed a unique system of traditional medicine using nearly 3,000 herbs gathered from the wild and grown on extensive medicinal chinampas. The rest of the world knew nothing of their herbal cures until the mid-16th century, when Spanish scholars and priests began to translate written Aztec works.

The Arawak tribe, also known as the Tainos, dominated the islands of the Caribbean when Christopher Columbus arrived in 1492. Arawak herbal healers, known as butuous, gathered herbs from the lush island forests and grew healing plants and fruits in raised-bed gardens known as conucos. These healers prescribed treatments for a variety of illnesses, including teas made from large-leaf thoroughwort (Hebeclinium macrophyllum) and aloe for the common chest cold; sucking on the bark of Unonopsis glaucopetala, a tree in the custard apple family, to treat snakebite; and burning the foul-smelling leaves of huamansamana (Jacaranda copaia) under the hammock of a person with an “illness caused by spirit attack.”

The era of two-way commerce between the Eastern and Western hemispheres began with the arrival of Columbus on the islands of the Bahamas, Cuba, Hispaniola, and Dominica. A system of agriculture calledencomienda, established by the Spanish, subjected the indigenous people to a form of slavery that required them to labor in fields to produce cotton, sugar, and tobacco for export. The conditions of slave labor—compounded by malnutrition and introduced diseases such as smallpox—nearly wiped out the Arawaks within 30 years.

One New World plant quickly exported to Europe was the chile pepper (Capsicum spp.). Rum—fermented molasses syrup mixed with cinnamon, rosemary, or caramel—also became a popular export, which spurred the establishment of sugarcane plantations and importing of slaves. Although slavery was finally abolished in the 19th century, the religious beliefs of Santeria (a New World hybrid of Yoruba and Christianity) had become rooted within the former slave populations of many islands, as well as in parts of Central America and the United States.

Practitioners used hundreds of different plants and flowers in magic rituals to obtain the power, orashe, of the saints to live their arduous lives. Even today, it is not uncommon for practitioners to use basil to drive away the evil eye, marigold to produce lucky number dreams, juniper berries to increase virility in men, and oregano to keep away annoying in-laws. 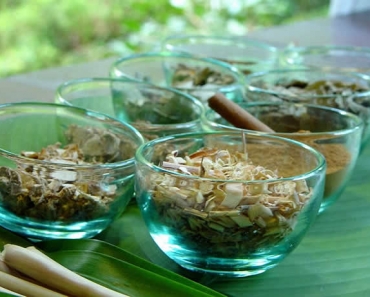 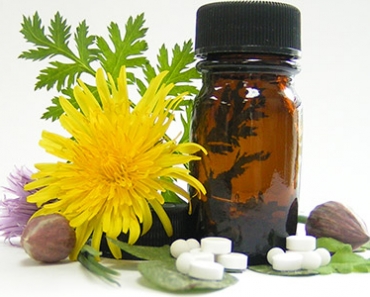