Blue cohosh grows wild in much of eastern North America, primarily in forests and other moist, shady areas. It has a long history of use in Native American medicine, particularly for women’s health. The seeds and roots are cytotoxic, however. They contain saponins and a nicotinelike alkaloid that give the fruits and roots a bitter flavor. Ingesting them can cause severe gastrointestinal problems and, in some cases, hypertension, sweating, weakness, coma, and paralysis that could lead to death. 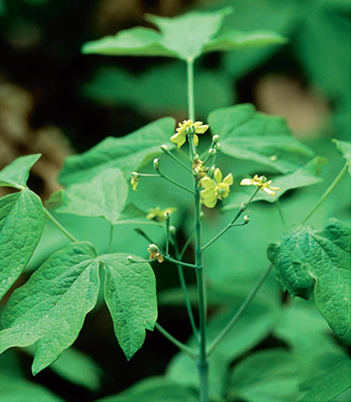 Native American women used a decoction of the root to treat menstrual cramps (by promoting blood flow and easing pain) and uterine inflammation. Some tribes used it to suppress profuse menstruation and to speed childbirth. It was also used by men to treat genitourinary infections.

Scientific reports are unclear regarding blue cohosh’s usefulness — and its dangers — but the herb is taken widely by women (and, to a lesser extent, men) for bronchial and muscle ailments. Women ingest the rhizome and root, which contain components that stimulate uterine contractions during childbirth, encourage the onset of delayed menstruation, and alleviate heavy menstrual bleeding and cramps.

Caution: In view of the toxicity of blue cohosh and evidence of its potential adverse effects, be very careful when using this herb, particularly during pregnancy, and take it only under the direct supervision of a trained medical professional.

Although blue cohosh is not a showy plant, its foliage is decorative. The reddish purple leaves of the young plant turn an attractive blue-green at maturity. Long-lasting blue fruits appear in fall. Plant clumps of blue cohosh in a woodland garden.

Blue cohosh thrives in partial shade and prefers rich, moist, humusy soil with an acid to neutral pH. Plant seeds or rhizomes in either spring or fall. If planting in fall, sow the seeds in a cold frame or other protected area outdoors. Harvest the roots and rhizomes in fall, when they contain the greatest concentration of active compounds. Divide established plants by cutting the rhizomes and replanting them in fall. 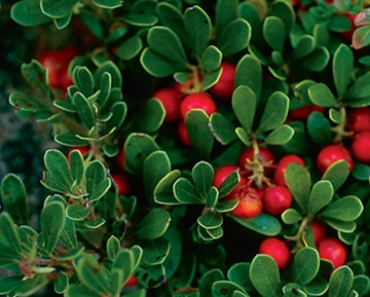 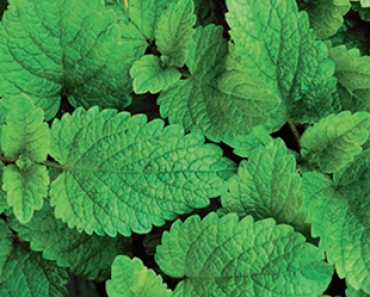