The long, leathery leaves of this native American evergreen shrub contain aromatic compounds that release a pleasant fragrance when crushed. Both Southern bayberry and the similar Northern bayberry (Morella [Myrica] pensylvanica) belong to the family Myricaceae, which derives its name from the Greek myrike, meaning “fragrant plant.”

Bayberry male and female flowers occur on separate plants. Females yield small, blue-gray waxy berries that are an important food source for several birds. A wax extracted from the berries of this and related species was used to make the fragrant candles popular during the winter holiday season, but today many of these products have been replaced with synthetic substitutes.

The wax was obtained by boiling the fruits in water, then skimming the thin layer as it collected on top of the water. After the wax was filtered, candles were made by dipping a wick into the collected wax, or by molding the wax. 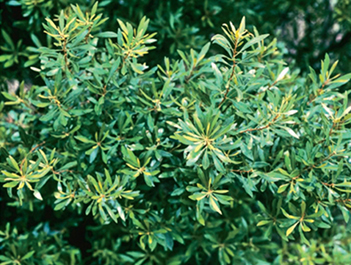 Native Americans traditionally used the root bark, leaves, and stems of bayberry for healing. The Choctaw boiled bayberry leaves and stems in water and used the decoction to treat fevers; they prepared the root similarly to relieve sore throats. European settlers used bayberry to treat pain, convulsions, and other conditions. Herbalists in the 18th and 19th century commonly prescribed it for colds, flu, diarrhea, and fever.

Bayberry contains the antibiotic and antioxidant compound myricetin. As an astringent and tonic, the root bark is believed to tighten and dry mucous membranes. Modern herbalists sometimes recommend decoctions and tinctures of the root bark for nasal congestion, colds, sore throats, and diarrhea.

Caution: There are reports of toxicity with this plant, and the wax of bayberry may have carcinogenic effects. This plant should not be used by pregnant women.

Southern bayberry is an attractive, fast-growing landscape shrub that makes an outstanding evergreen screen or hedge. The plant is rarely bothered by insect pests, diseases, or drought.

Bayberry is easy to grow in moist, rich, well-drained soil in full sun to partial shade. Plant 1- or 2-year-old nursery-grown shrubs in spring or fall. Both male and female plants are needed to produce fruit. Bayberry responds well to pruning. Harvest the blue-gray berries when they ripen in early fall. Harvest the root bark from mature shrubs in spring. To propagate, take softwood cuttings in early summer to midsummer. 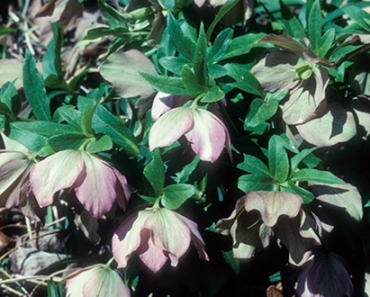 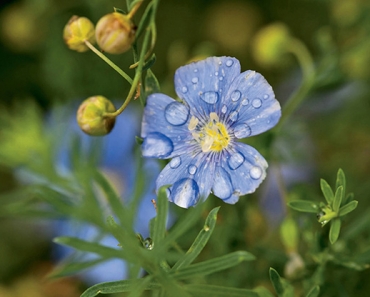 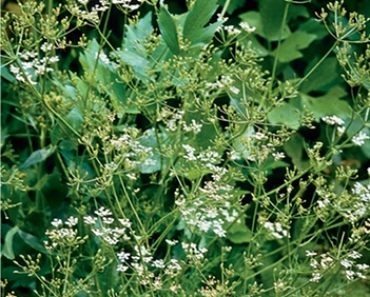