Ashwagandha grows in the dry, stony soil of the mountains of India and countries around the Mediterranean and Africa. A small evergreen shrub, the plant bears oval leaves and inconspicuous green to yellow flowers. Its name is Sanskrit for “horse’s smell,” a reference to the root’s strong aroma, which many say is reminiscent of a sweaty horse! The plant has tiny red berries that contain yellow seeds enclosed in a paper-thin calyx.

A very popular and important herb in India, ashwagandha is mentioned in 3,000-year-old Ayurvedic texts on health care. It is often used as a tonic, much like ginseng, although its effects are calming rather than stimulating. The species name somnifera refers to the herb’s traditional use as a sedative. 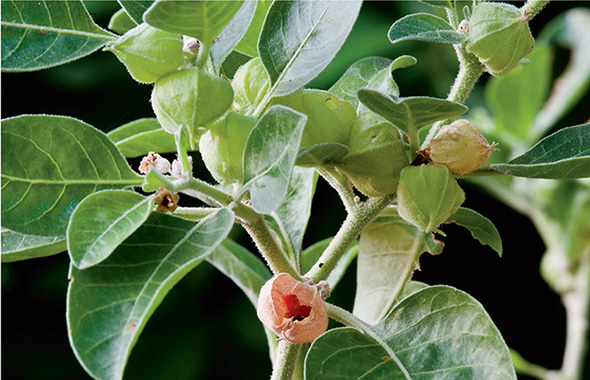 Hardiness: To Zone 9; grown as an annual in colder climates

Range/Habitat: Native to India; widely naturalized and cultivated in Africa, the Middle East, and the Mediterranean region

The long, tuberous roots of ashwagandha have a bitter, sharp flavor. In India, they are used to make a tonic wine or are combined with milk, sugar, or rice to make a restorative food given to the elderly and the weak. The berries have been used as a thickener, much like rennet, for making cheese.

Ashwagandha is considered an adaptogen — a substance that increases immune function and helps your body cope with stress. The roots are widely used in Ayurvedic medicine to prevent premature aging and to treat age-related physical debility and impotence. Bittersweet and astringent, ashwagandha acts primarily on your reproductive and nervous systems and is believed to have sedative, anti-inflammatory, analgesic, and immune-strengthening properties. It is also considered a libido enhancer and aphrodisiac.

Animal studies have shown that ashwagandha protects the lining of your stomach and acts as an analgesic. A study with mice showed that one of its constituents significantly improved memory deficits. In other lab studies, the herb showed promise as an anticancer medicine.

To make ashwagandha tea, simmer 1 teaspoon of the chopped root in 8 ounces of water or milk for 10 minutes. Strain, then drink the tea once or twice per day.

Caution: Do not take this herb if you are pregnant; it can cause miscarriage when taken in large quantities. Also avoid taking it if you are taking a pharmaceutical sedative.

Start the plants in a warm indoor location 10 to 12 weeks before your last frost date. Sow the seeds in flats, covering them with a thin layer of growing medium. Keep the medium moist but not saturated; germination usually occurs in 2 weeks.

When the weather is warm, transplant the seedlings to your garden or to a large outdoor container. Ashwagandha thrives in a slightly alkaline, sandy loam and full sun or partial shade. Allow the soil to dry completely before watering. In fall to early winter, when the berries turn bright red and the leaves begin to dry out, cut the stems to the ground and gently dig up the roots. Dry the roots for later use. Propagate by seed.

Ashwagandha for the Ages

One common name of this plant, “Indian ginseng,” is quite misleading. Ashwagandha is not related to ginseng — it is not in the same plant family — nor are its adaptogenic properties entirely similar to those of ginseng. Although both ginseng (Panax ginseng) and Withania somnifera have antistress activity, the former is more of a stimulant, while the latter has sedative properties.

In Egypt, where this plant also grows, ashwagandha fruits were part of the floral collar found in the great King Tutankhamen’s embalming cache — materials used in the mummification process and then buried with the body. According to the beliefs of the time, people were buried with the possessions they thought were necessary in the next world. Did King Tut consider ashwagandha so essential that he ordered its seeds to remain very close to his body so they could be planted and used for their important properties in the life to come? 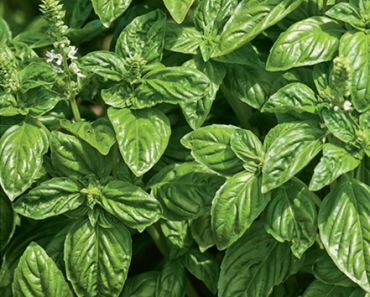 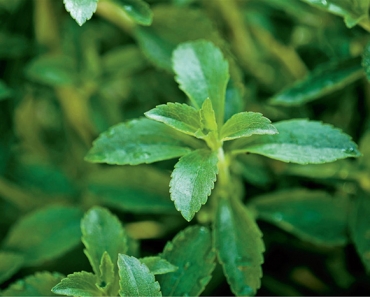