The history of herb use in Africa begins in ancient Egypt, where pharaohs and commoners alike used herbal medicines extensively. Some of the world’s earliest known herb gardens were planted nearly 4,000 years ago in Egypt, often near temples where certain herbs and flowers were needed on a daily basis for worship. One such flower, the water lily or lotus (Nymphaea lotus), was considered sacred, and every part of the lotus plant was used in Egyptian art, food, and medicine.

Another very important herb, garlic, was found in the tomb of Tutankhamen (1341–1323 BCE) and was thought to possess magical powers. If Egyptians took a solemn oath, they swore on a clove of garlic, and garlic was eaten by slaves as they built the great pyramids at Giza because it was believed that it would endow the workers with strength and endurance. Frankincense and myrrh were important in Egyptian rituals, as well. Reliefs in the tomb of Queen Hatshepsut (ca. 1512–1457 BCE) in Luxor show frankincense trees growing in pots. Myrrh was believed to cure cancer, leprosy, and syphilis and was used in embalming.

Believing they could keep alive the souls of the departed by preserving their bodies, the Egyptians developed embalming and mummification. They first removed the brain and all internal organs except for the heart, which was believed essential to the survival of the soul. The body cavities were then cleansed with frankincense, myrrh, and palm wine. Moisture was removed with natron (a mix of sodium compounds), and the cavities were packed with linens, salt, muslin packets of wood shavings, and spices such as cinnamon, chamomile, cassia, anise, marjoram, and cumin. The eyes were replaced with glass or gems, the skin was painted to give it a lifelike hue, and the body was rubbed with a mixture of five oils: frankincense, myrrh, lotus, palm, and cedar. Finally, the body was wrapped in linen and sealed with natural resin. The process took about 70 days. 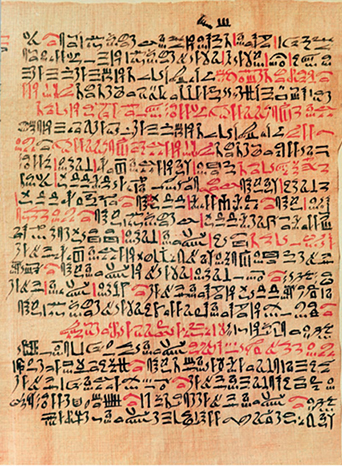 The Ebers papyrus records Egyptian herbal drugs and treatments, some of which date to the first Egyptian dynasty.

The earliest surviving scrolls date to 2000 BCE, but the Egyptians were administering herbal treatments long before that. The most valuable source of herbal information is a remarkable papyrus dated to ca. 1550 BCE and looted from a tomb of the 18th dynasty. Bought by the German Egyptologist Georg Ebers (1837–1898), the Ebers papyrus is a complete, undamaged scroll about 65 feet long and containing 3,000 lines of hieratic text (an ancient Egyptian writing system). It compiles treatments, diagnoses, prescriptions, and even surgical techniques dating back to the first Egyptian dynasty, or around 3400 BCE. It lists 811 medicinal drugs and their presumed effects, including poppies to induce sleep, aloe to treat excess mucus, and crocus to be used as a diuretic. It also describes the healing effects of anise, mustard, linseed, peppermint, watermelon, fenugreek, caraway, wormwood, elderberry, fig, nasturtium, flax, and—of course—garlic. These herbs are prescribed in complex and carefully measured recipes and are recommended for administration as ointments, infusions, pills, gargles, snuffs, poultices, suppositories, and enemas.

Perfumes and Cosmetics in Ancient Egypt

Wall paintings show that most Egyptians, from childhood on, wore a heavy black makeup called kohl. Kohl was a fairly toxic mixture of galena (lead sulfate), powdered malachite, frankincense gum, and goose fat placed in cow dung and burned, then pounded in a mortar with milk and rainwater, decanted, and finally dried and formed into tablets or eye pencils. These valuable beauty products were kept in ceremonial jars, many of which have been found buried in tombs with the kohl still inside.

The Egyptians used the dried powdered leaves of henna (Lawsonia inermis) to dye their nails, palms, soles, fingertips, and moustaches a rich orange-red color. Mixed with indigo, henna was used as early as 3200 BCE to dye hair, as well as the manes and tails of horses. Henna tattoos were applied to the chests, shoulders, arms, and thighs of exotic dancers, musicians, and servants.

Beauty creams were commonly used by ancient Egyptians. These included depilatories made of gum, cucumber, and fig juice; cleansing lotions of oil and lime; and hair tonics of lettuce, fir oil, and juniper berries. Daily applications of wrinkle creams were made from frankincense gum, the oil of the moringa tree, and fermented cyperus grass. Papyrus scrolls dating from 2700 BCE describe fragrant herbs, oils, perfumes, and incense being used in ceremonies and as protective skin salves.

Perfumes were commonly made from frankincense and myrrh, combined with animal fats and oils, mixed into gum resins, and burned as incense or applied liberally as ointments. Other popular scents included almond, sesame, olive, and balanos oil as well as lily oil, which was made from the petals of 2,000 lilies mixed with cardamom, cinnamon, and sweet flag. One powerful fragrance, called kyphi, was made from pistachio resin, cinnamon, frankincense, myrrh, spikenard, henna, and calamus.

Kyphi was burned at sunset to honor the sun god Ra and was used as an aromatic oil to eliminate sorrow and anxiety and to increase the vividness of dreams. Ancient Egyptians rubbed fragrant gums and creams under their arms and between their legs. Some made pomades of herbal extracts mixed with animal fats, shaped them into mounds, and wore them on their heads, where they gradually melted down over their hair and bodies as the day progressed, spreading a pleasing fragrance and oil. 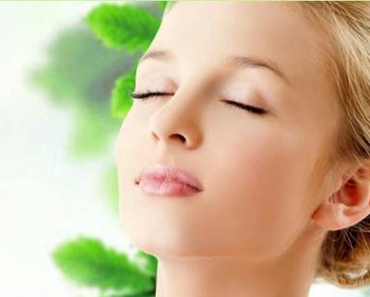 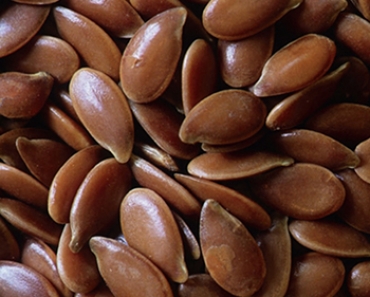 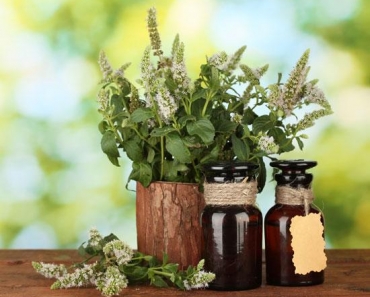